The abstract from the paper is the following: 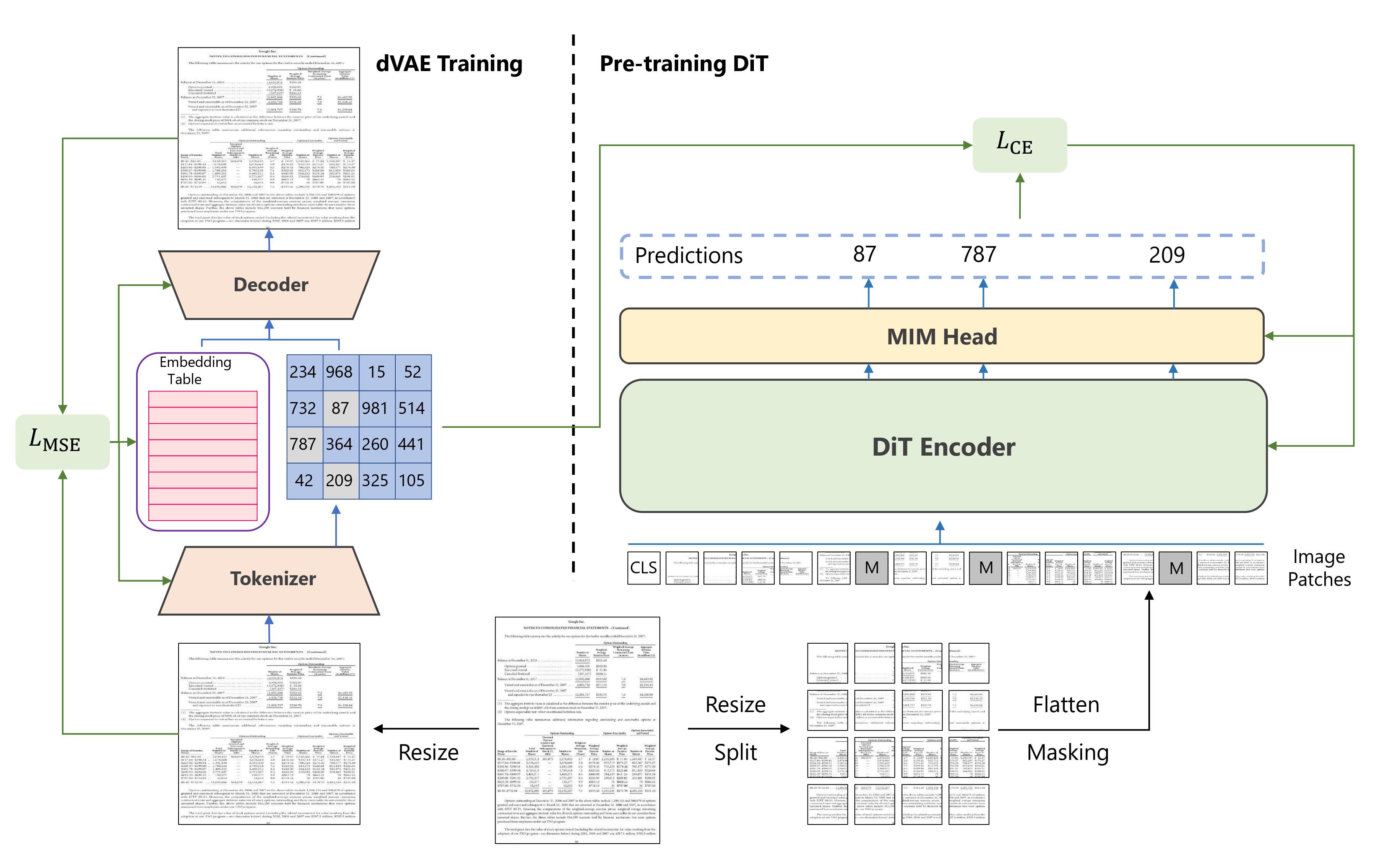 One can directly use the weights of DiT with the AutoModel API:

This will load the model pre-trained on masked image modeling. Note that this won’t include the language modeling head on top, used to predict visual tokens.

To include the head, you can load the weights into a BeitForMaskedImageModeling model, like so:

You can also load a fine-tuned model from the hub, like so:

As DiT’s architecture is equivalent to that of BEiT, one can refer to BEiT’s documentation page for all tips, code examples and notebooks.

This model was contributed by nielsr. The original code can be found here.