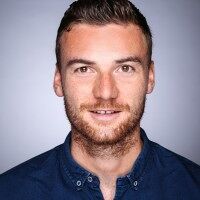 This model is a Longformer2Roberta model fine-tuned on summarization.

Longformer2Roberta is a EncoderDecoderModel, meaning that both the encoder is a allenai/longformer-base-4096 model and the decoder is a roberta-base model. Leveraging the EncoderDecoderFramework, the two pretrained models can simply be loaded into the framework via:

The decoder of an EncoderDecoder model needs cross-attention layers and usually makes use of causal masking for auto-regressiv generation. Thus, longformer2roberta is consequently fined-tuned on the CNN/Daily Maildataset and the resulting model longformer2roberta-cnn_dailymail-fp16 is uploaded here.

The model is by no means a state-of-the-art model, but nevertheless produces reasonable summarization results. It was mainly fine-tuned as a proof-of-concept for the 🤗 EncoderDecoder Framework.

The model can be used as follows:

Such an article has a length of > 2000 tokens, which means that it cannot be handled correctly by Bert or Roberta encoders.

IMPORTANT: In order for this code to work, make sure you checkout to the branch more_general_trainer_metric, which slightly adapts the Trainer for EncoderDecoderModels according to this PR: https://github.com/huggingface/transformers/pull/5840.

The following code shows the complete training script that was used to fine-tune longformer2roberta-cnn_dailymail-fp16 for reproducability. The training last ~90h on a standard GPU.

The following script evaluates the model on the test set of CNN/Daily Mail.

The obtained results should be:

Note This model was trained to show how Longformer can be used as an Encoder model in a EncoderDecoder setup. Better results are obtained for datasets of much longer inputs.