Information about the dataset can be found in A Bayesian Approach to Silico Blood-Brain Barrier Penetration Modeling and MoleculeNet: A Benchmark for Molecular Machine Learning. The dataset will be downloaded from MoleculeNet.org.

The dataset contains 2,050 molecules. Each molecule comes with a name, label, and SMILES string.

The following hyperparameters were used during training: 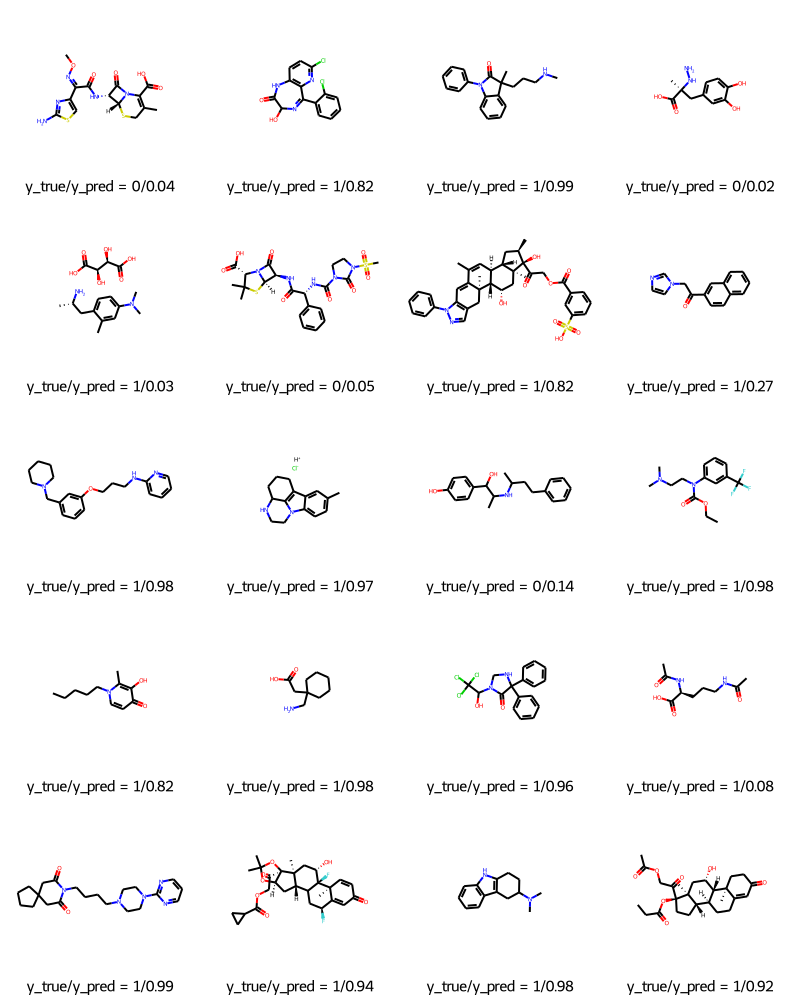