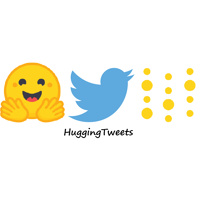 I was made with huggingtweets.

Create your own bot based on your favorite user with the demo!

How does it work?

The model uses the following pipeline.

To understand how the model was developed, check the W&B report.

The model was trained on @barackobama's tweets.

Explore the data, which is tracked with W&B artifacts at every step of the pipeline.

The model is based on a pre-trained GPT-2 which is fine-tuned on @barackobama's tweets.

Hyperparameters and metrics are recorded in the W&B training run for full transparency and reproducibility.

At the end of training, the final model is logged and versioned.

You can use this model directly with a pipeline for text generation:

The model suffers from the same limitations and bias as GPT-2.

In addition, the data present in the user's tweets further affects the text generated by the model.