Simulate’s API is inspired by the great Kubric API. The user can create a scene and add assets to it (objects, cameras, lights if needed). Once the scene is created you can save/share it and also render or do simulations using one of the backend rendering/simulation engines (at the moment Unity, Blender and Godot). The saving/sharing format is engine-agnostic and uses the standard glTF format for saving scenes.

Let’s do a quick exploration together.

To install and contribute (from CONTRIBUTING.md)

Before you merge a PR, fix the style (we use isort + black)

The Python API is located in src/simulate. It allows creation and loading of scenes, and sending commands to the backend.

The backend options (Unity, Godot, Blender) can be found in the integrations folder. The most fully-featured backend is Unity, located in integrations/Unity. The Unity editor isn’t required to run 🤗 Simulate, unless making changes to the backend, which requires Unity 2021.3.2f1.

Loading a scene from the hub or a local file

Loading a scene from a local file or the hub is done with Scene.create_from(), saving or pushing to the hub with scene.save() or scene.push_to_hub(): 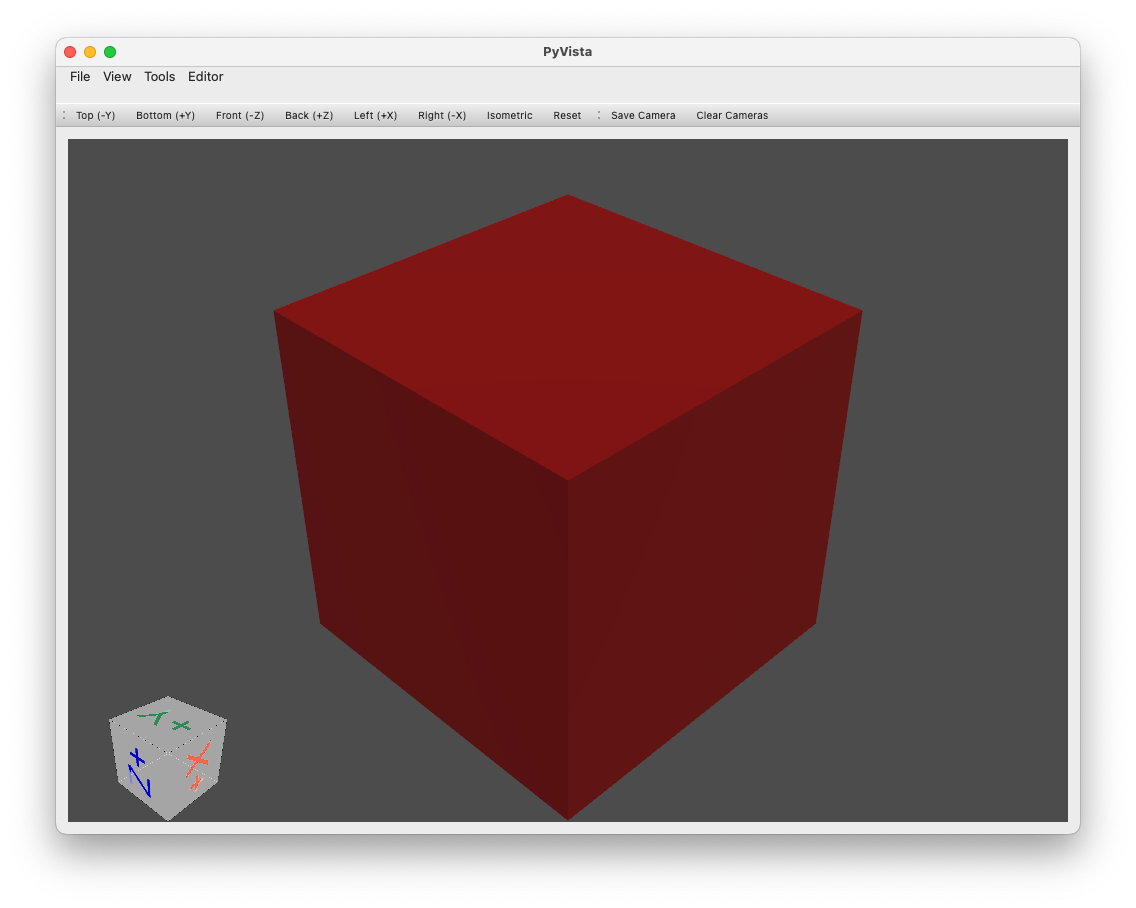 Creating a Scene and adding/managing Objects in the scene

Basic example of creating a scene with a plane and a sphere above it:

An object (as well as the Scene) is just a node in a tree provided with optional mesh (as pyvista.PolyData structure) and material and/or light, camera, agents special objects.

Most of these objects can be visualized by running the following example: 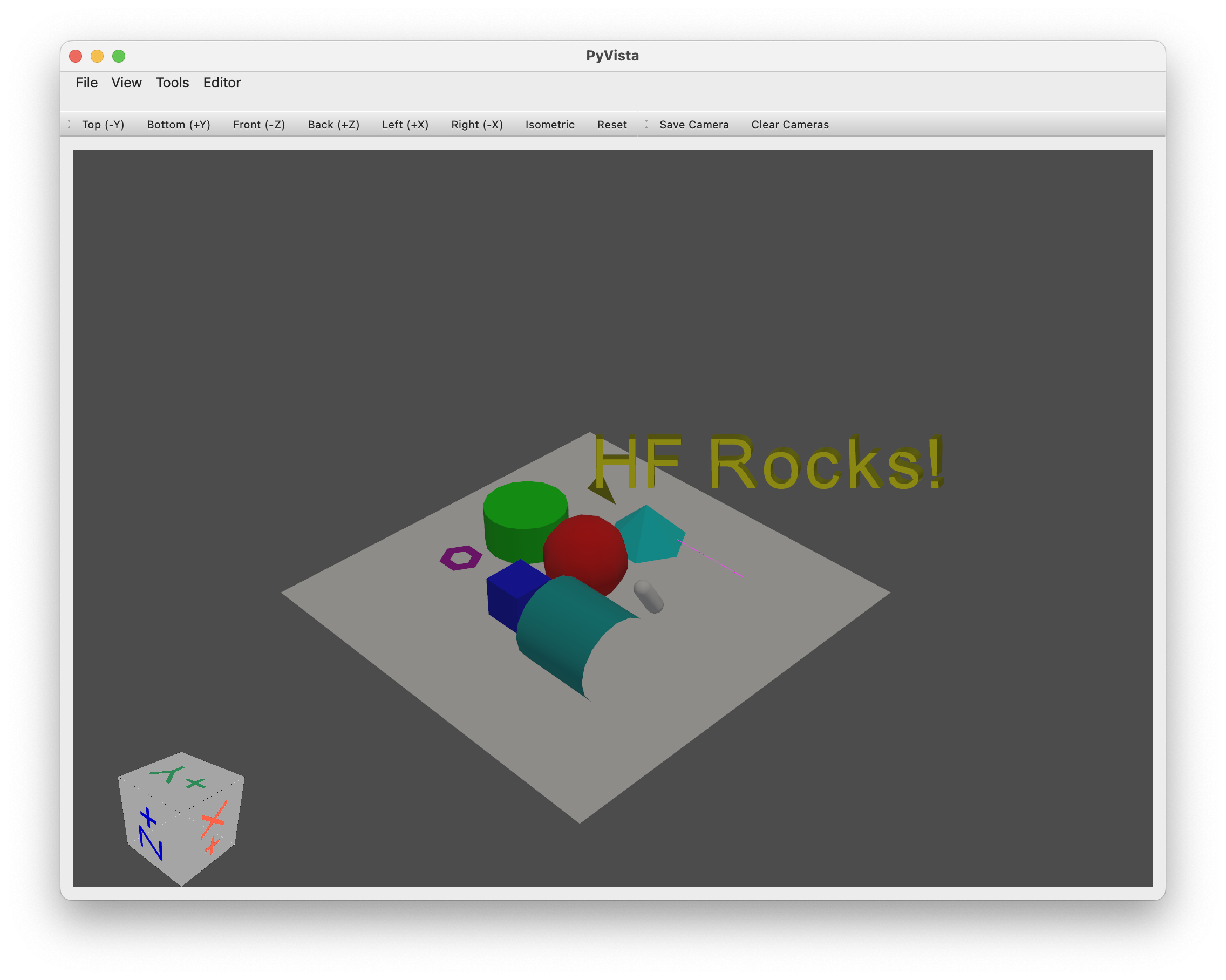 Objects are organized in a tree structure

Here are a couple of examples of manipulations:

Objects can be translated, rotated, scaled

Here are a couple of examples:

A default vizualization engine is provided with the vtk backend of pyvista.

Starting the vizualization engine can be done simply with .show().

You can find bridges to other rendering/simulation engines in the integrations directory.

🤗 Simulate is designed to provide easy and scalable integration with reinforcement learning algorithms. The core abstraction is through the RLEnv class that wraps a Scene. The RLEnv allows an Actuator to be manipulated by an external agent or policy.

It is core to the design of 🤗 Simulate that we are not creating Agents, but rather providing an interface for applications of machine learning and embodied AI. The core API for RL applications can be seen below, where 🤗 Simulate constrains the information that flows from the Scene to the external agent through an Actuator abstraction. 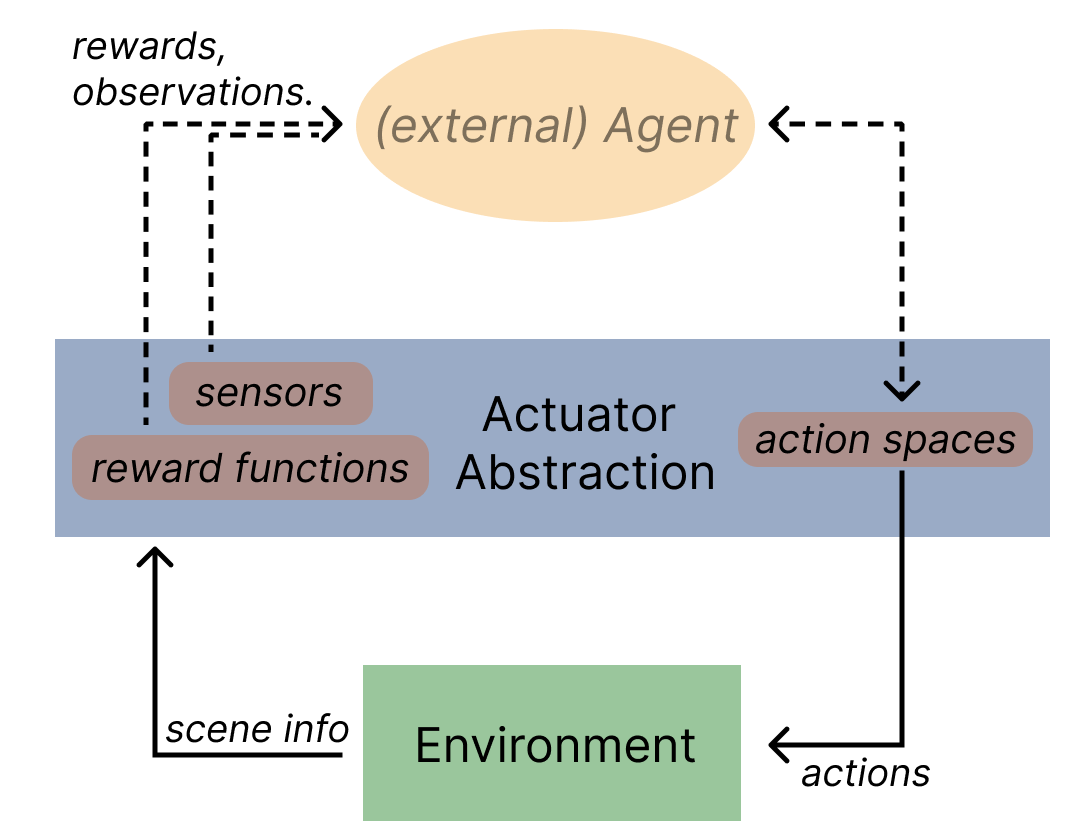 At release, we include a set of pre-designed Actors that can act or navigate a scene. An Actor inherits from an Object3D and has sensors, actuators, and action mappings.

If you are running on GCP, remember to not install pyvistaqt, and if you did so, uninstall it in your environment, since QT doesn’t work well on GCP.