This model card focuses on the model associated with the Stable Diffusion v2 model, available here. Using the 🤗's Diffusers library to run Stable Diffusion 2 in a simple and efficient manner.

Running the pipeline (if you don't swap the scheduler it will run with the default DDIM, in this example we are swapping it to EulerDiscreteScheduler):

While the capabilities of image generation models are impressive, they can also reinforce or exacerbate social biases. Stable Diffusion was primarily trained on subsets of LAION-2B(en), which consists of images that are limited to English descriptions. Texts and images from communities and cultures that use other languages are likely to be insufficiently accounted for. This affects the overall output of the model, as white and western cultures are often set as the default. Further, the ability of the model to generate content with non-English prompts is significantly worse than with English-language prompts. Stable Diffusion v2 mirrors and exacerbates biases to such a degree that viewer discretion must be advised irrespective of the input or its intent.

We currently provide the following checkpoints: 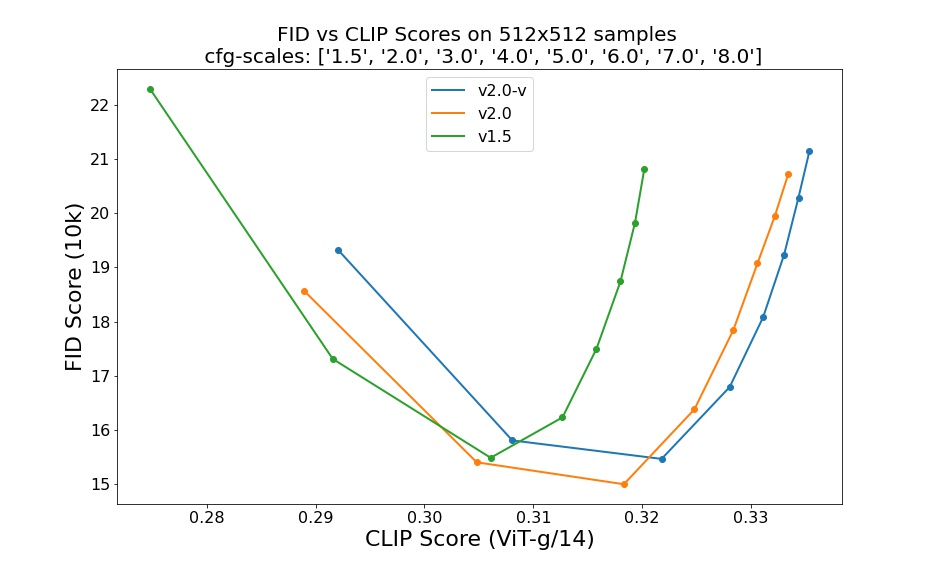 This model card was written by: Robin Rombach, Patrick Esser and David Ha and is based on the Stable Diffusion v1 and DALL-E Mini model card.