This German BERT is based on bert-base-german-dbmdz-cased, and has been adapted to the domain of literary texts by fine-tuning the language modeling task on the Corpus of German-Language Fiction. Afterwards the model was fine-tuned for named entity recognition on the DROC corpus, so you can use it to recognize protagonists in German novels.

The provided model was also fine-tuned for two epochs on 10,799 sentences for training, validated on 547 and tested on 1,845 with three labels: B-PER, I-PER and O. 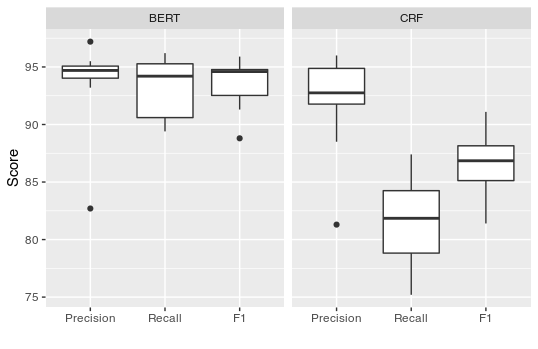 Hosted inference API
Token Classification
This model can be loaded on the Inference API on-demand.