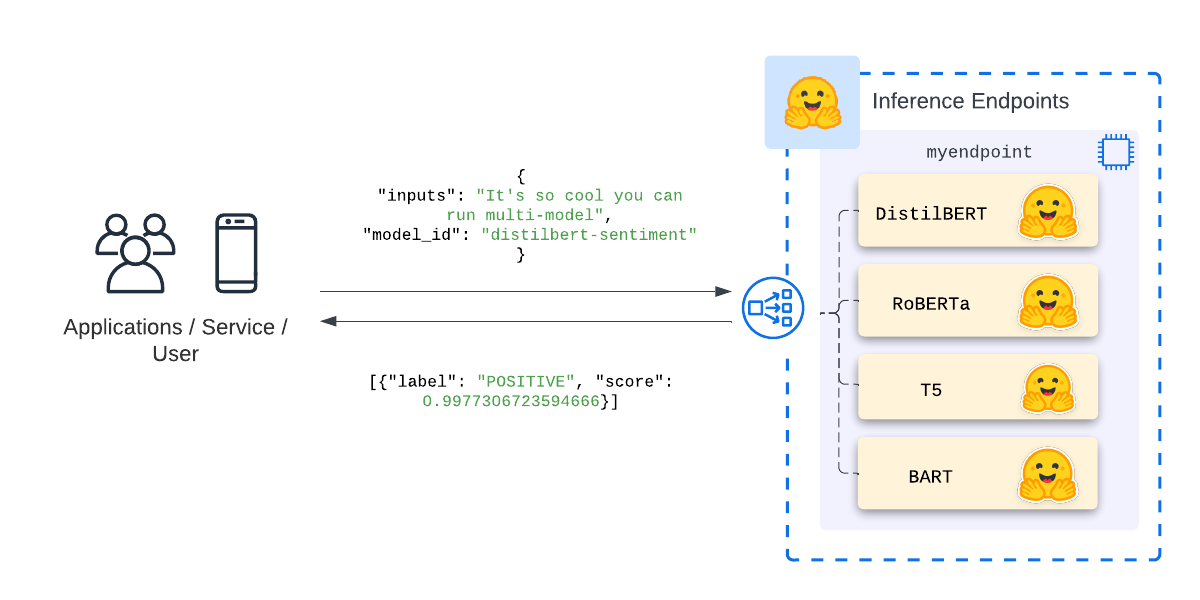 This repository includes a custom handler of a sample multi-model EndpointHandler implementation. This multi-model handler loads 5 different models for inference including:

If you want to learn more about multi-model inference endpoints checkout https://www.philschmid.de/multi-model-inference-endpoints

Use with Inference Endpoints

Hugging Face Inference endpoints can be used with an HTTP client in any language. We will use Python and the requests library to send our requests. (make your you have it installed pip install requests)