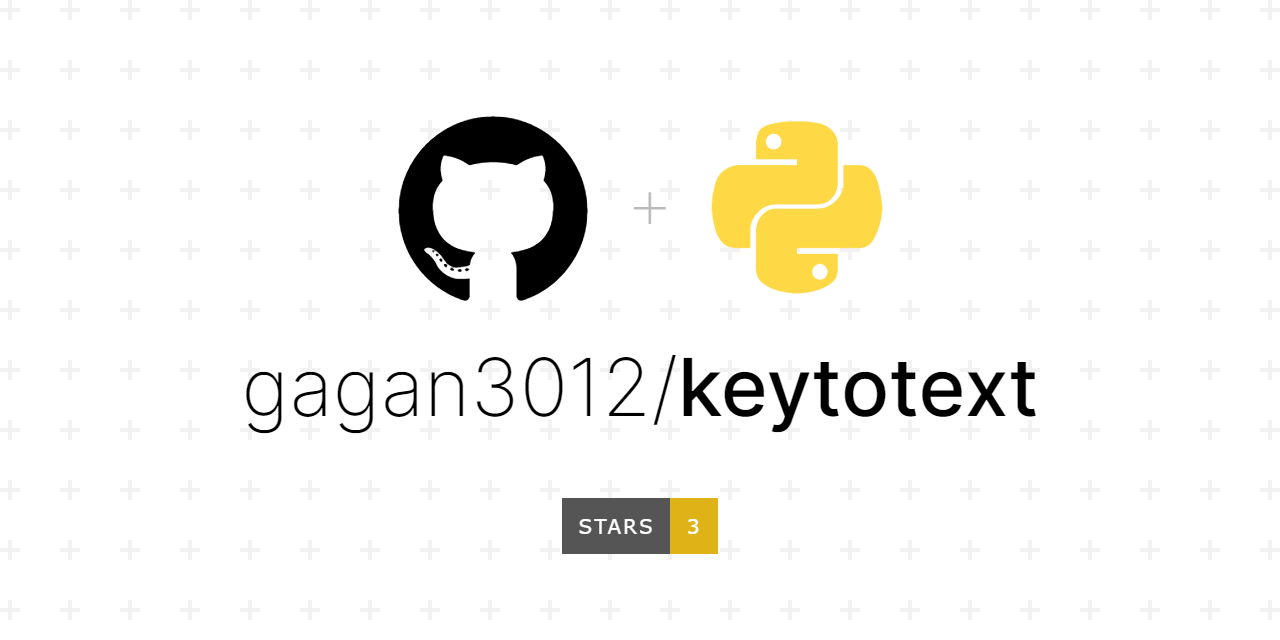 Idea is to build a model which will take keywords as inputs and generate sentences as outputs.

Keytotext is powered by Huggingface 🤗

Keytotext is based on the Amazing T5 Model: 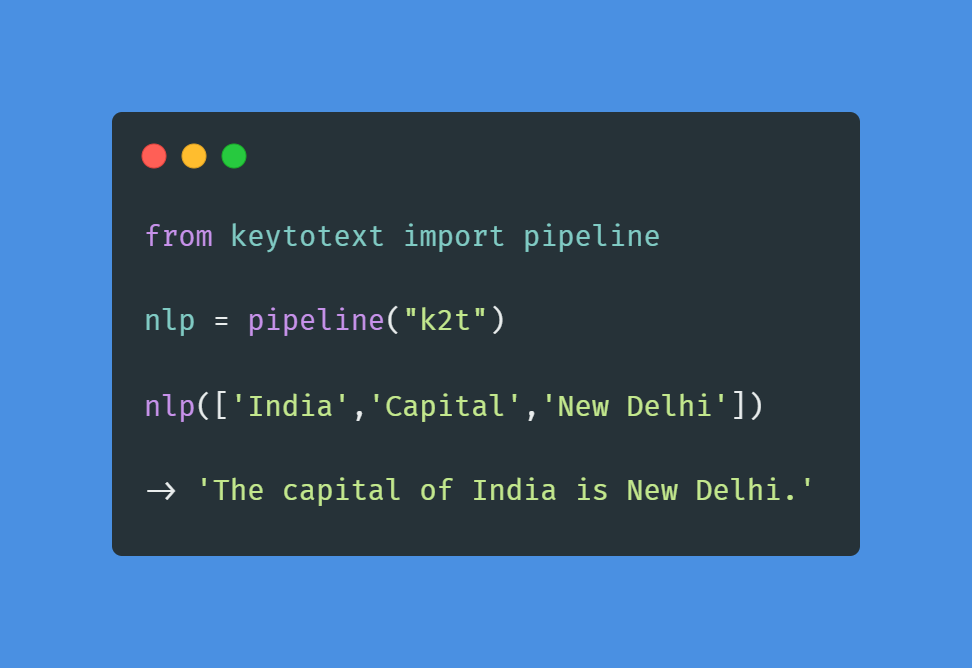 This uses a custom streamlit component built by me: GitHub 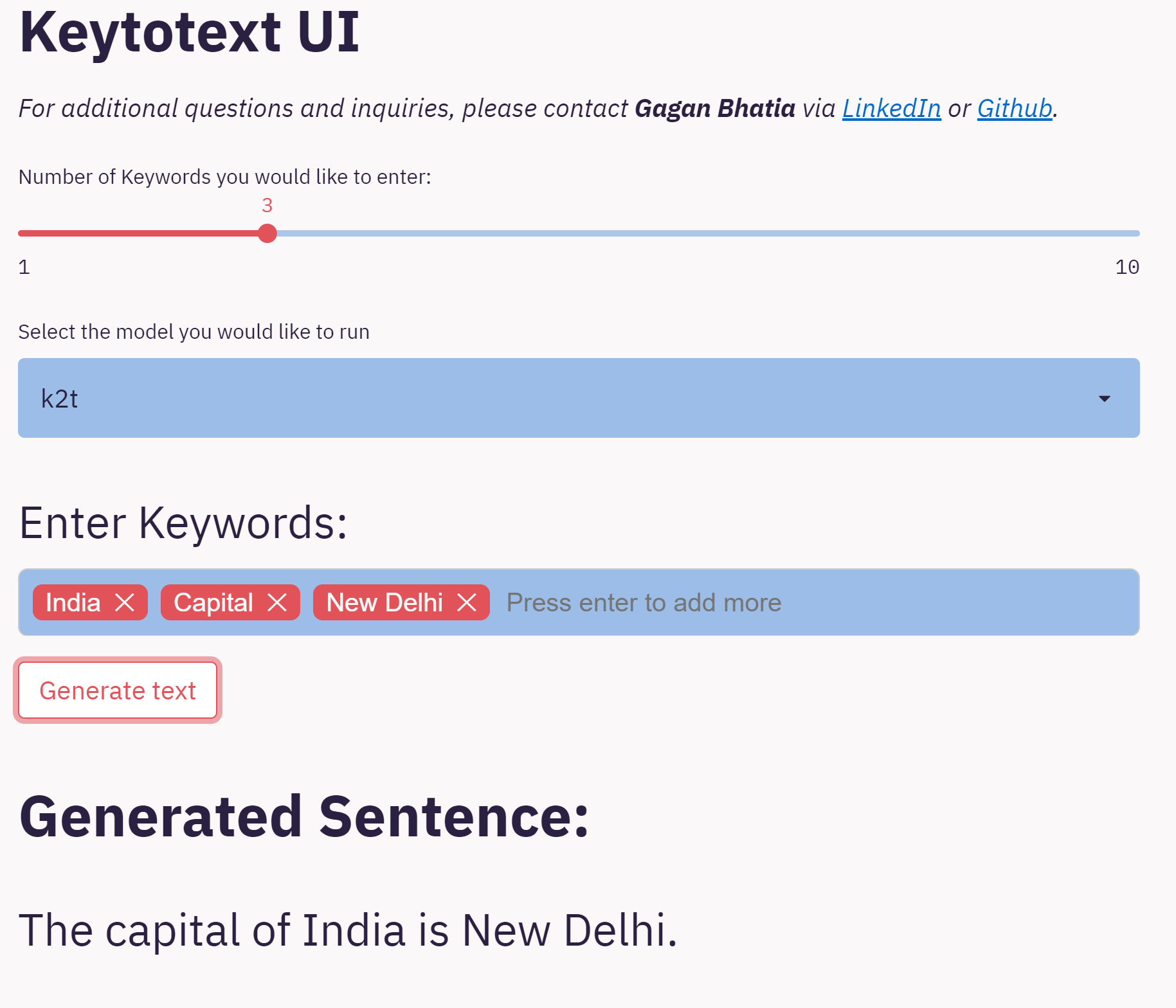