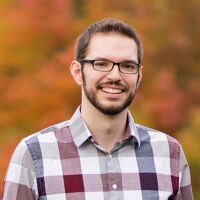 You can find the main data card on the GEM Website.

This dataset was used as part of the multilingual surface realization shared task in which a model gets full or partial universal dependency structures and has to reconstruct the natural language. This dataset support 11 languages.

You can load the dataset via:

The data loader can be found here.

Where to find the Data and its Documentation

Languages and Intended Use

The dataset is intended to be used for training models to solve several NLG subtasks, such as function word introduction, morphological agreement resolution, word order determination and inflection generation.

Comment about the license: the dataset has multiple licences, since each original dataset has their own type of licence. All datasets but one are CC-BY and subclasses of it, the other one is GPL (French Sequoia).

The models are able to introduce surface features (syntax, morphology, topology) from more or less abstract inputs in different, the most abstract being predicate-argument structures. The datasets cover a large variety of domains (news, blogs, forums, wikipedia pages, etc.).

Who added the Dataset to GEM?

input (string): this field contains an input tree in CoNLL-U format; the CoNLL-U format is a one-word-per-line format with the following tab-separated 10 columns (see here): [1] Position, [2] Lemma, [3] Wordform, [4] Part of Speech, [5] Fine-grained Part of Speech (if available), [6] Features (FEATS), [7] governor, [8] dependency relation, [9] additional dependency information, and [10] metadata. For the surface task, the input is a Universal Dependency tree of a given language in which the word order was scrambled and the surface forms removed (only lemmas are available); for the deep task, the input is a tree derived from the surface input, with predicate-argument relations between content words only (function words were removed) and without any morphological agreement information.

target_tokenized (string): this field contains the target sentence to generate, in which every non-initial and non-final token is surrounded by two spaces. This output is usually used for automatic evaluations.

target (string): this field contains the detokenised target sentence to generate. This output is usually used for human evaluations.

sentence_id (string): the original ID of a sentence in the UD dataset.

The structure of the input (CoNLL-U) was chosen according to the standards in parsing, and because the original UD datasets were provided in this format.

How were labels chosen?

The input labels for the surface track are the original labels in the UD treebanks; see here for the dependencies, here for the features, and here for the PoS tags.

The input labels for the deep track are a subset of the PoS tags and features of the surface track, and for the relations, universal predicate-argument relations augmented with a few specific relations to capture coordinations and named entity relations for instance.

There are 119 splits in the dataset:

Described above for more clarity.

An outlier would usually be an input that corresponds to a very long sentence (e.g. 159 words in English, when the average number of words per sentence is around 25).

Rationale for Inclusion in GEM

Why is the Dataset in GEM?

The datset includes languages from different families and some languages not often used in NLG (e.g. Arabic, Indonesian, Korean, Hindi). It proposes two tasks, which can be tackled both separately and in one shot, with different levels of difficulty: the most superficial task (T1) consits in ordering and inflecting some trees, and the deeper task (T2) includes extra tasks such as defining the syntactic structure and introducing function words and morphological agreement information. Both tasks can allow for developing modules for pipeline NLG architectures. T1 is rather straightforward to evaluate: BLEU works quite well for some languages since all the words are present in the input and few word orders only can be possible for a syntactic tree. But T2 is more challenging to evaluate, since more outputs are correct given one particular input.

There is a large variety of sizes in the datasets, both clean and noisy data, parallel data in different languages, and many already available system outputs to use as baselines.

Difference from other GEM datasets

This is possibly the only dataset that starts the generation process from predicate-argument structures and from syntactic structures. It also has parallel datasets in a few languages (coming from the PUD parallel annotations).

Ability that the Dataset measures

Getting Started with the Task

Syntacticisation: prediction of the syntactic

BLEU, BERT-Score, Other: Other Metrics

NIST: n-gram similarity metric weighted in favour of less frequent n-grams which are taken to be more informative.

Normalised edit distance (DIST): inverse, normalised, character-based string-edit distance that starts by computing the minimum number of character inserts, deletes and substitutions (all at cost 1) required to turn the system output into the (single) reference text.

BLEU, NIST, BERTScore and DIST simply aim at calculating in different ways the similarity between a predicted and a reference sentence.

Two additional criteria have been used for human evaluation, Readability and Meaning SImilarity. The statement to be assessed in the Readability evaluation was: "The text reads well and is free from grammatical errors and awkward constructions.". The corresponding statement in the Meaning Similarity evaluation, in which system outputs (‘the black text’) were compared to reference sentences (‘the gray text’), was: "The meaning of the gray text is adequately expressed by the black text."

The datasets were created in the context of the Surface Realisation Shared Task series.

Each of the 20 used UD datasets comes from various sources, all listed on the individual page of each UD treeebank (https://universaldependencies.org/).

Additional test sets were created for the task, and were obtained from Wikipedia pages for 6 languages.

How was Language Data Obtained?

Where was it found?

There are numerous sources of language in the multiple datasets.

There is a large variety of topics in the multiple datasets.

The text data was detokenised so as to create references for automatic evaluations (several languages don't use spaces to separate words, and running metrics like BLEU would not make sense without separating all the tokens in a sentence).

For the Wikipedia test created for the shared task, extensive filtering was applied to achieve reasonably good text quality. Sentences that include special characters, contain unusual tokens (e.g. ISBN), or have unbalanced quotation marks or brackets were skipped. Furthermore, only sentences with more than 5 tokens and shorter than 50 tokens were selected. After the initial filtering, quite a few malformed sentences remained. In order to remove those, the sentences were scored with BERT and only the top half scored sentences were kept. Finally, via manual inspection, patterns and expressions were identified to further reduce the number of malformed sentences.

Justification for Using the Data

The Universal Dependency data had been previously used for shared tasks on parsing, so it made sense to reuse it for generation.

Previous Work on the Social Impact of the Dataset

Usage of Models based on the Data

Details on how Dataset Addresses the Needs

Thanks to the original work of the UD dataset creators, the surface realisation dataset addresses a few languages which are possibly under-served in NLG: e.g. Arabic, Hindi, Indonesian, Korean.

It is very likely that the distribution of language producers is not fully represented in the datasets of each language.

Copyright Restrictions on the Dataset

Copyright Restrictions on the Language Data

The deep track inputs (predicate-argument structures) are not of perfect quality, they were derived automatically from gold or predicted syntactic parses using handcrafted grammars.