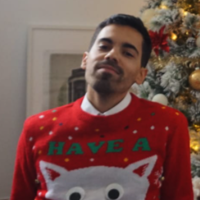 TL;DR: Text Generation on 🤗 transformers using TensorFlow can now be compiled with XLA. It is up to 100x faster than before, and even faster than PyTorch -- check the colab below!

As the quality of large language models increased, so did our expectations of what those models could do. Especially since the release of OpenAI's GPT-2, models with text generation capabilities have been in the spotlight. And for legitimate reasons -- these models can be used to summarize, translate, and they even have demonstrated zero-shot learning capabilities on some language tasks. This blog post will show how to take the most of this technology with TensorFlow.

The 🤗 transformers library started with NLP models, so it is natural that text generation is of utmost importance to us. It is part of Hugging Face democratization efforts to ensure it is accessible, easily controllable, and efficient. There is a previous blog post about the different types of text generation. Nevertheless, below there's a quick recap of the core functionality -- feel free to skip it if you're familiar with our generate function and want to jump straight into TensorFlow's specificities.

Let's start with the basics. Text generation can be deterministic or stochastic, depending on the do_sample flag. By default it's set to False, causing the output to be deterministic, which is also known as Greedy Decoding. When it's set to True, also known as Sampling, the output will be stochastic, but you can still obtain reproducible results through the seed argument (with the same format as in stateless TensorFlow random number generation). As a rule of thumb, you want deterministic generation if you wish to obtain factual information from the model and stochastic generation if you're aiming at more creative outputs.

Depending on the target application, longer outputs might be desirable. You can control the length of the generation output with max_new_tokens, keeping in mind that longer generations will require more resources.

Sampling has a few knobs you can play with to control randomness. The most important is temperature, which sets the overall entropy of your output -- values below 1.0 will prioritize sampling tokens with a higher likelihood, whereas values above 1.0 do the opposite. Setting it to 0.0 reduces the behavior to Greedy Decoding, whereas very large values approximate uniform sampling.

Contrarily to Sampling, Greedy Decoding will always pick the most likely token at each iteration of generation. However, it often results in sub-optimal outputs. You can increase the quality of the results through the num_beams argument. When it is larger than 1, it triggers Beam Search, which continuously explores high-probability sequences. This exploration comes at the cost of additional resources and computational time.

Finally, when running Sampling or Beam Search, you can use num_return_sequences to return several sequences. For Sampling it is equivalent to running generate multiple times from the same input prompt, while for Beam Search it returns the highest scoring generated beams in descending order.

The basics of text generation, as you can see, are straightforward to control. However, there are many options not covered in the examples above, and it's encouraged to read the documentation for advanced use cases. Sadly, when you run generate with TensorFlow, you might notice that it takes a while to execute. If your target application expects low latency or a large amount of input prompts, running text generation with TensorFlow looks like an expensive endeavour. 😬

Fear not, for the remainder of this blog post aims to demonstrate that one line of code can make a drastic improvement. If you'd rather jump straight into action, the colab has an interactive example you can fiddle with!

XLA, or Accelerated Linear Algebra, is a compiler originally developed to accelerate TensorFlow models. Nowadays, it is also the compiler behind JAX, and it can even be used with PyTorch. Although the word "compiler" might sound daunting for some, XLA is simple to use with TensorFlow -- it comes packaged inside the tensorflow library, and it can be triggered with the jit_compile argument in any graph-creating function.

For those of you familiar with TensorFlow 1 🧓, the concept of a TensorFlow graph comes naturally, as it was the only mode of operation. First, you defined the operations in a declarative fashion to create a graph. Afterwards, you could pipe inputs through the graph and observe the outputs. Fast, efficient, but painful to debug. With TensorFlow 2 came Eager Execution and the ability to code the models imperatively -- the TensorFlow team explains the difference in more detail in their blog post.

Hugging Face writes their TensorFlow models with Eager Execution in mind. Transparency is a core value, and being able to inspect the model internals at any point is very benefitial to that end. However, that does mean that some uses of the models do not benefit from the graph mode performance advantages out of the box (e.g. when calling model(args)).

Fortunately, the TensorFlow team has users like us covered 🥳! Wrapping a function containing TensorFlow code with tf.function will attempt to convert it into a graph when you call the wrapped function. If you're training a model, calling model.compile() (without run_eagerly=True) does precisely that wrapping, so that you benefit from graph mode when you call model.fit(). Since tf.function can be used in any function containing TensorFlow code, it means you can use it on functions that go beyond model inference, creating a single optimized graph.

Now that you know how to create TensorFlow graphs, compiling them with XLA is straightforward -- simply add jit_compile=True as an argument to the functions mentioned above (tf.function and tf.keras.Model.compile). Assuming everything went well (more on that below) and that you are using a GPU or a TPU, you will notice that the first call will take a while, but that the remaining ones are much, much faster. Here's a simple example of a function that performs model inference and some post-processing of its outputs:

In one line, you can create an XLA-accelerated function from the function above.

As with any optimization procedure, there is no free lunch -- XLA is no exception. From the perspective of a text generation user, there is only one technical aspect that you need to keep in mind. Without digging too much into details, XLA used in this fashion does just-in-time (JIT) compilation of a tf.function when you call it, which relies on polymorphism.

When you compile a function this way, XLA keeps track of the shape and type of every tensor, as well as the data of every non-tensor function input. The function is compiled to a binary, and every time it is called with the same tensor shape and type (with ANY tensor data) and the same non-tensor arguments, the compiled function can be reused. Contrarily, if you call the function with a different shape or type in an input tensor, or if you use a different non-tensor argument, then a new costly compilation step will take place. Summarized in a simple example:

In practice, for text generation, it simply means the input should be padded to a multiple of a certain length (so it has a limited number of possible shapes), and that using different options will be slow for the first time you use them. Let's see what happens when you naively call generation with XLA.

Oh no, that's terribly slow! A solution to keep the different combinations of shapes in check is through padding, as mentioned above. The tokenizer classes have a pad_to_multiple_of argument that can be used to achieve a balance between accepting any input length and limiting tracing.

That's much better, successive generation calls performed this way will be orders of magnitude faster than before. Keep in mind that trying new generation options, at any point, will trigger tracing.

From a developer perspective, relying on XLA implies being aware of a few additional nuances. XLA shines when the size of the data structures are known in advance, such as in model training. On the other hand, when their dimensions are impossible to determine or certain dynamic slices are used, XLA fails to compile. Modern implementations of text generation are auto-regressive, whose natural behavior is to expand tensors and to abruptly interrupt some operations as it goes -- in other words, not XLA-friendly by default. We have rewritten our entire TensorFlow text generation codebase to vectorize operations and use fixed-sized structures with padding. Our NLP models were also modified to correctly use their positional embeddings in the presence of padded structures. The result should be invisible to TensorFlow text generation users, except for the availability of XLA compilation.

Above you saw that you can convert TensorFlow functions into a graph and accelerate them with XLA compilation. Current forms of text generation are simply an auto-regressive functions that alternate between a model forward pass and some post-processing, producing one token per iteration. Through XLA compilation, the entire process gets optimized, resulting in faster execution. But how much faster? The Gradio demo below contains some benchmarks comparing Hugging Face's text generation on multiple GPU models for the two main ML frameworks, TensorFlow and PyTorch.

If you explore the results, two conclusions become quickly visible:

Give the colab a go, and enjoy the power of text generation supercharged with XLA!

Nyströmformer, Approximating self-attention in linear time and memory via the Nyström method 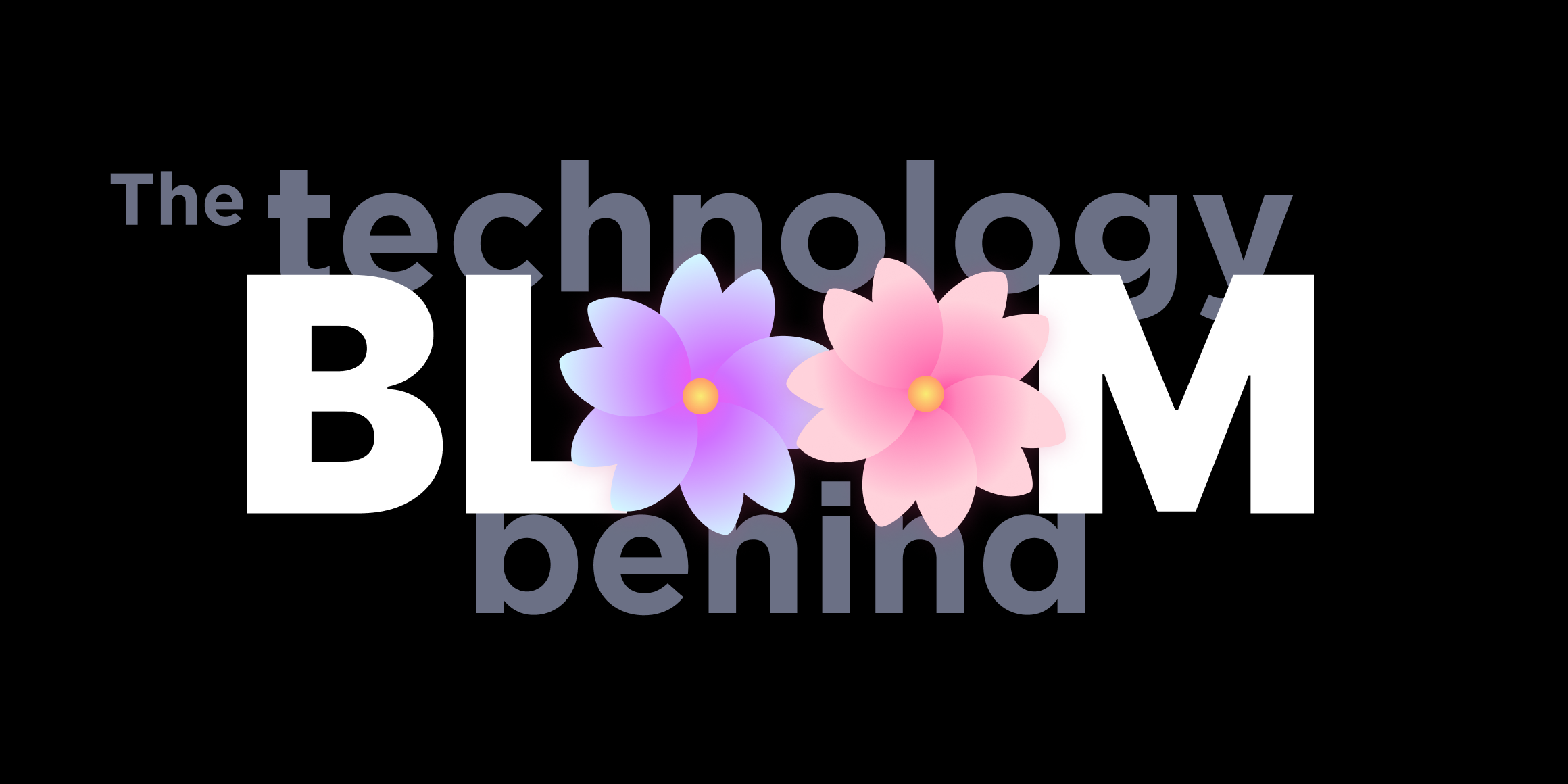 The Technology Behind BLOOM Training