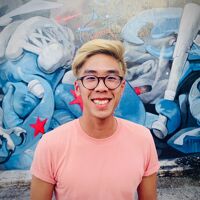 The Something-Something dataset (version 2) is a collection of 220,847 labeled video clips of humans performing pre-defined, basic actions with everyday objects. It is designed to train machine learning models in fine-grained understanding of human hand gestures like putting something into something, turning something upside down and covering something with something.

The annotations in the dataset are in English.

Neural networks trained on datasets such as ImageNet have led to major advances in visual object classification. One obstacle that prevents networks from reasoning more deeply about complex scenes and situations, and from integrating visual knowledge with natural language, like humans do, is their lack of common sense knowledge about the physical world. Videos, unlike still images, contain a wealth of detailed information about the physical world. However, most labelled video datasets represent high-level concepts rather than detailed physical aspects about actions and scenes. In this work, we describe our ongoing collection of the “something-something” database of video prediction tasks whose solutions require a common sense understanding of the depicted situation

As outlined is Section 3 videos available online are largely unsuitable for the goal of learning simple (but finegrained) visual concepts. We therefore ask crowd-workers to provide videos given labels instead of the other way around.

Who are the source language producers?

The label is given first and then the video is collected by an AMT worker. More fine-grained details on the process are in the Section 4 of the work.

Who are the annotators?

Nothing specifically discussed in the paper.

The dataset is useful for action recognition pretraining due to diverse set of actions that happen in it.

License is a one-page document as defined by QualComm. Please read the license document in detail before using this dataset here.

Thanks to @apsdehal for adding this dataset.